Ukrainian art studios believe that art is a universal language that enables people with disabilities, autism and Down syndrome to work on an equal footing with professional artists. Here we present some of them.

As early as in the 1940s the art created by people with mental disorders became known as l’art brut (“raw” or “rough art”). Later, thanks to the British researcher Roger Cardinal, the term was given an English equivalent – outsider art, or “the art of outsiders”. This is the name of the works of authors who do not belong to the world of art “officially.” We are talking about amateurs, children, artisans, as well as people with mental or physical disorders. Cultural centers around the world offer programs for the professional development of outsider artists. Similar exhibitions have been held by the Metropolitan Museum of Art in New York and the Tate Contemporary Gallery in London.

Which Ukrainian initiatives are working in this direction?

The atelienormalno studio where artists with Down syndrome and without it work together was founded in 2018 by Stanislav Turina (former member of the Open Group), Olena Vasyk, Valeriia Tarasenko and Kateryna Libkind.
Atelie is engaged in graphics, painting, collage, creates collective projects, works on books and experiments with cinema.

“The workshop is multi-vector, because the assistant artists themselves (the founders, as well as Tasia Shpil, Ryba Werner, Tymur Tkachenko) initially work in different techniques,” says Stanislav Turina.

By assistant artists, Stanislav means professional artists working in a team.
In 2019, atelienormalno held the first exhibition at The Naked Room Gallery.

The principle of the initiative is to overcome the opposition between the student and the teacher, because they work in the workshop on an equal footing.

In fact, the co-founder of the studio Valeriia Tarasenko perceives herself more as an apprentice: “I often try to create carefully, methodically and ‘correctly.’ [Our residents] have nothing to hold back, they can create a job in five minutes, and it will be complete and finished. And that’s why, in fact, they are my teachers,” she tells Ukrainian Pravda.

How did it all start?

The co-founders met the studio’s future artists Yevhen Holubientsev and Oleksandr Steshenko during the workshops of the German research initiative TOUCHDOWN21 which works with people with Down syndrome.
The decision to start their own studio came after learning about the history of the House of Artists at Gugging Hospital. It is an Austrian institution where people live, create and exhibit their own works – these works can be attributed to the l’art brut. During many years of operation (the center was founded in 1981), Gugging discovered many masters.
Other foreign centers that have influenced atelienormalno are the German art house kat18 and the ArtBrut gallery in Wroclaw.

To those who want to learn from the experience of creating an inclusive studio, atelienormalno advises the following:

“Remember that you are not facing a marathon rather than a short project distance, so be patient. Do not close yourself. Look for new knowledge, learn from colleagues.”

The artists of the studio themselves are happy to advise those who plan to establish such an initiative.

An iconic exhibition, where you could see the works of artists who previously remained out of the attention of galleries – “Line. Point. Opportunities” – was conducted at the PinchukArtCentre. The exposition opened in September 2020 and consisted of works by the Opportunity Workshop studio.

The workshop has existed since 2016 and conducts classes with artists with Down syndrome and autism. The initiative breaks with the tradition of standard art therapy classes, although it uses some of its methods. At the heart of the activity is the interaction of artists and visitors, the goal is to discover hidden talents and turn potential into opportunities. 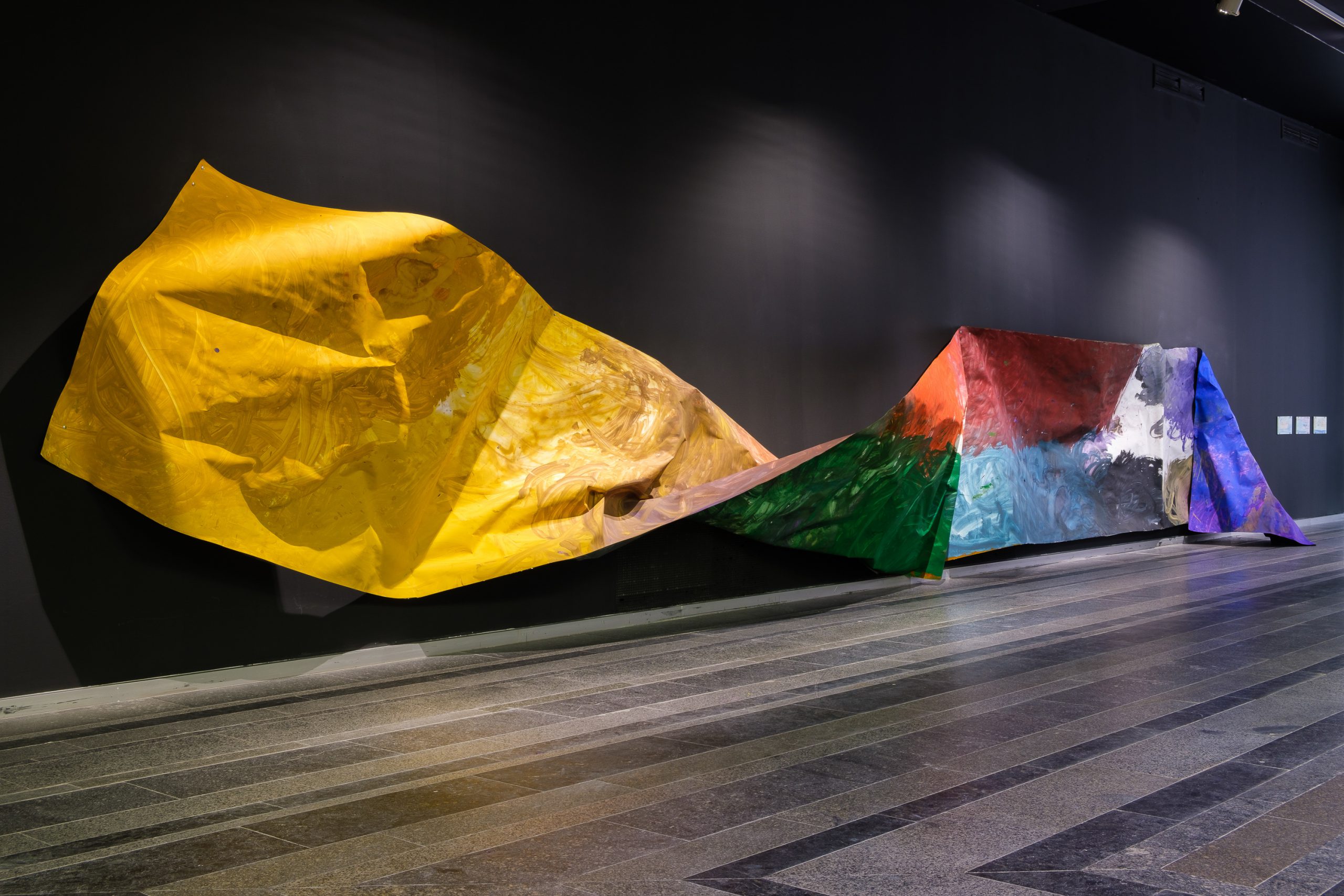 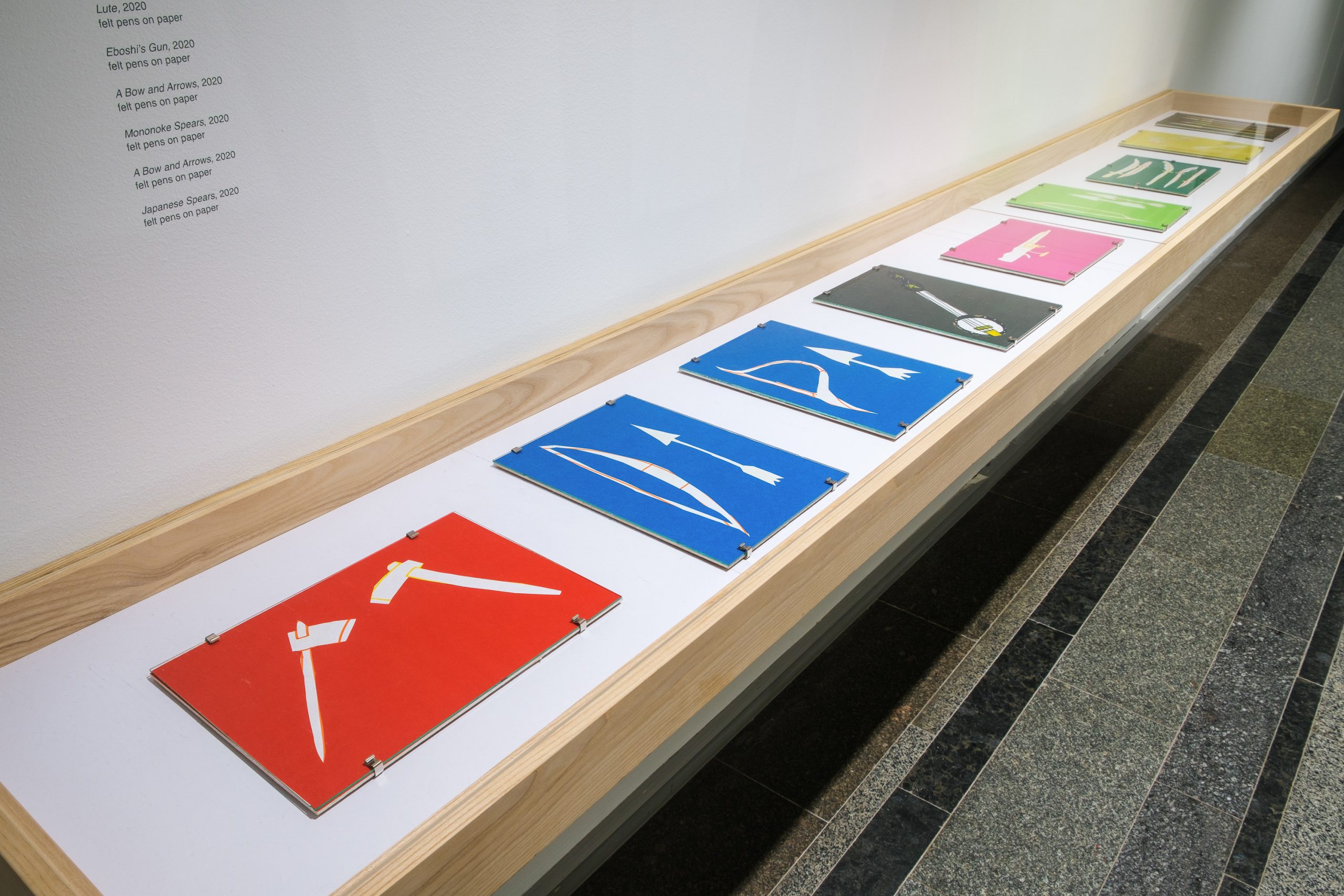 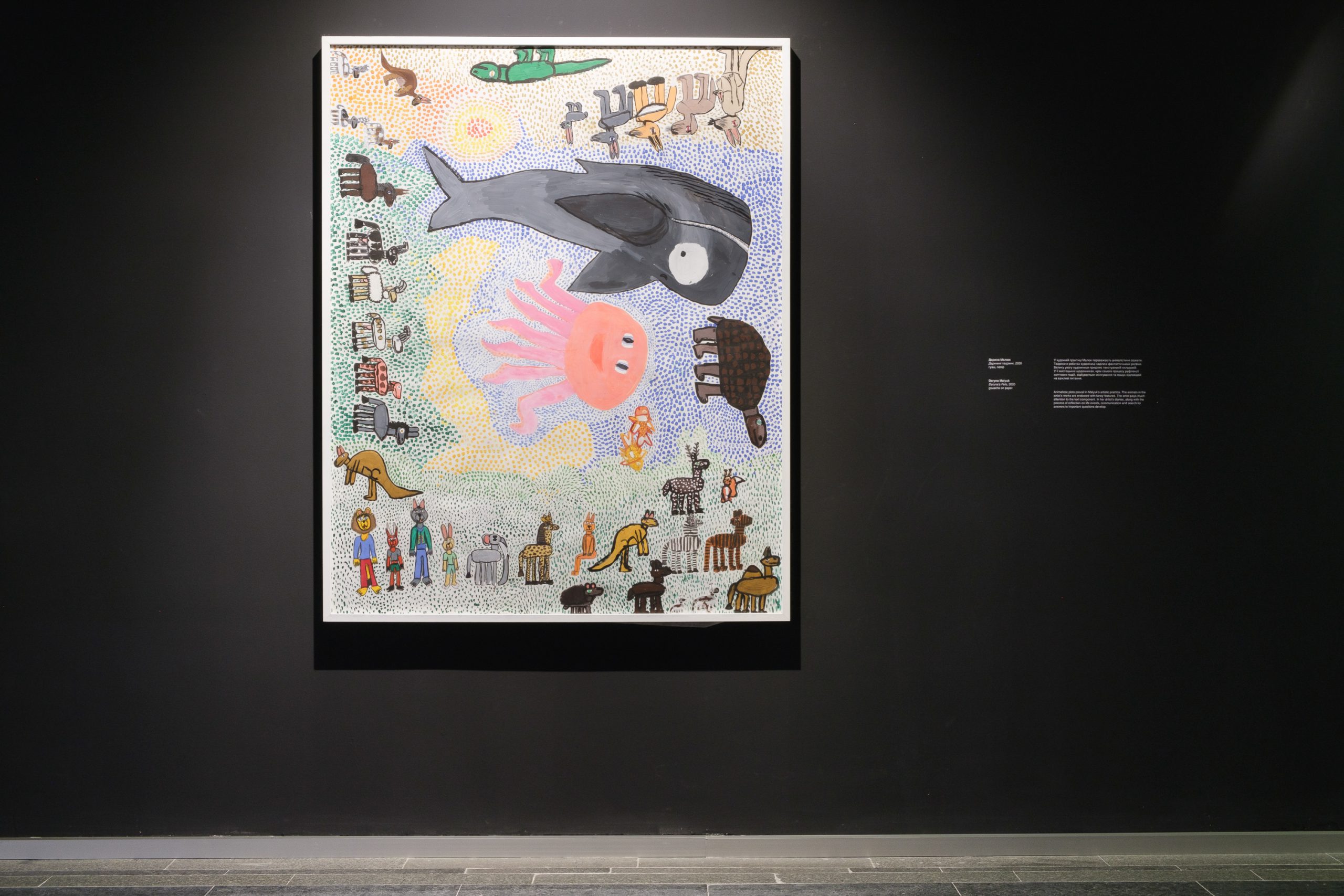 The workshop operates on the principle of openness – anyone can join the classes.

This is the basis of inclusiveness: not the separation of people with disabilities into a separate group, but the creation of an environment where everyone will be comfortable. The mentors of the initiative were artists Kateryna Buchatska, Mykyta Kadan, Davyd Chichkan and Anna Shcherbyna. The studio created interesting partnerships. For example, at Vsi.Svoi fair, the souvenirs created by residents of the workshop were on sale:
“We wanted [our visitors] to create beautiful things with us and get paid for it. We were looking for such a modality in which there would be no pity, instead there would be respect,” says project manager Olha Shyshlova to ELLE Ukraine.

Often, cultural institutions do not have even the basic level of accessibility – accessibility of premises. Most of the buildings in which they operate are historic, so the construction and location do not allow to equip buildings with elevators and full-fledged ramps.

ІSure, the inclusiveness of museums and galleries is not limited to the ramps – as evidenced by the projects of the curatorial duo «Variable name» Maryna Khrypun and Valeriia Karpan. Three years ago, the group conducted an Inclusive Photo Lab. These are sessions of joint work of sighted and blind photographers. An important part of communication are photos that can be felt tactilely due to their relief. This technique is called typhlography and is widely used in inclusive education.

The project of Valeriia and Maryna Inclusive EDU CAMP became a logical continuation of the photo laboratory. This is an educational camp when cultural workers ger acquainted with the cases of successful implementation of the principles of inclusiveness.

The project has also issued a guide for institutions and initiatives that want to make their spaces and programs inclusive. Staff of the National Art Museum, the Khanenko Museum, Donetsk Oblast Museum of Local Lore and Ostroh State Historical and Cultural Reserve became contributors.

The founders of inclusive art projects Maryna Khrypun and Valeriia Karpan (Cultural Geographies NGO) are trying to deprive the visual perception of art of its dominant role. Incidentally, this expands the sensory perception, including sighted people.

The institutionalized forms of l’art brut are sometimes criticized for using the topic for marketing or media attention. The emergence of spaces where people with and without disabilities create and enjoy art side by side forms another picture in which the term “art of outsiders” is gradually becoming inappropriate.

After all, it is creativity that helps people better understand the diversity of experiences and worldviews and not create artificial boundaries where they should not be.

“Our client is locked in the apartment”: how ZooPatrul saves pets

Perspectiva 21.3: How to boil hundreds of liters of soup and keep faith in your mission

THE WAY TO CHERNIHIV. VOLUNTEERS WHO EVACUATED PEOPLE FROM THE CITY UNDER FIRE

BUSINESS SUPPORT: HOW UKRAINIAN ENTERPRISES OPENED THEIR FRONT TO HELP DURING WARTIME

«Pregnancy cannot be paused»: how 280 Days Charity Fund works during the war

“This is a trauma for generations.” How The Voices of Children Foundation works during the war